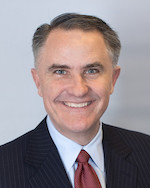 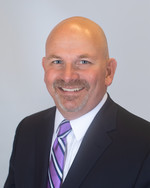 Austin Noll joined Natus in August 2012 as the Vice President and General Manager, Neuro. Mr. Noll has over 28 years’ experience in the medical device industry. Mr. Noll most recently served as the President & CEO of Simpirica Spine, a California-based start-up company that developed and commercialized a novel device for spinal stabilization. Prior to joining Simpirica Spine, Mr. Noll was the President & CEO of NeoGuide Systems, a medical robotics company acquired by Intuitive Surgical in 2009. Prior to joining NeoGuide Systems, Mr. Noll held numerous positions at Medtronic over a 13-year period, where he served as the Vice President and General Manager of the Powered Surgical Solutions and the Neurosurgery businesses. Before Medtronic, he held sales positions at C.R. Bard and Baxter Healthcare. He received a Bachelor of Science degree in Business Administration from Miami University and a Master of Business Administration degree from the University of Michigan. 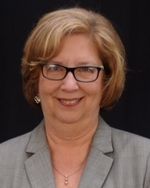 Linda Quinlivan joined Natus in July 2008. Ms. Quinlivan brings substantial expertise in clinical, hospital administration and product management to the organization. Having recently held the role of Vice President Global Product Management for Natus, she has since 2008 served in a variety of roles within Product management. Prior to Natus Ms. Quinlivan previously held roles in Medical Device companies Cardinal Health and Carefusion as well as positions at Wake Forest University Baptist Medical Center and Duke University Medical Center. She holds the credentials of R. EEG T, R. EP T and R. PSG T, and has served on many advisory boards throughout her career.

Doug Balog joined Natus in April 2019 as Senior Counsel. At Natus, Mr. Balog manages a broad range of legal issues in support of Natus’ global business operations. Prior to Natus, Mr. Balog was Senior Counsel at Renesas Electronics America and Intersil Corporation and started his legal career with Harris Corporation in 1998. Before becoming an Attorney, Mr. Balog was a Principal Engineer for McDonnell Douglas. Mr. Balog earned his law degree at Pace University, during which time he clerked for a Judge and a Prosecuting Attorney. He also holds a bachelor’s degree in Aircraft Maintenance Engineering from St. Louis University and a master’s degree in Aeronautical Science from Embry-Riddle Aeronautical University. Mr. Balog is admitted to practice law in Illinois and Florida, and is a registered Attorney with the U.S. Patent and Trademark Office. 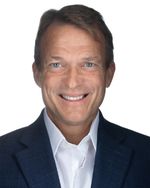 David Milne joined Natus in December 2022 from Symmetry Surgical, Inc., where he served in several senior roles with it and its predecessor, Symmetry Medical, Inc., from 2009 – 2022. Both Symmetry entities operated in the medical device industry, with Symmetry Medical having significant international operations. Earlier in his career, Mr. Milne was VP and General Counsel with the Steak n Shake Company, where he oversaw legal and HR matters for the company’s 25,000 employees and 450+ locations. Mr. Milne joined Steak n Shake from Scopelitis, Garvin, Light, Hanson & Feary, where he practiced primarily management-side Labor & Employment law. Mr. Milne graduated Cum Laude from the Indiana University Maurer School of Law. 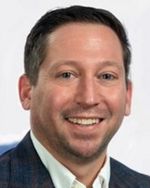 Scott Hickey joined Natus from The Riverside Company (a Private Equity firm) where he was an Operating Finance Executive. There he directly supported three independent companies and supervised / mentored their three Chief Financial Officers. Prior to Riverside, Mr. Hickey was the Chief Financial Officer and Vice President of Administration for A&E Medical, a Private Equity Company which was acquired by Zimmer Biomet in 2020. Earlier in his career, Mr. Hickey was the Vice President – Financial Advisory and Consulting Team for American Capital, Ltd., a publicly traded private equity firm and global asset manager. He was responsible for investment evaluation and ongoing consulting services to portfolio companies. Mr. Hickey joined KPMG LLP in 1999 upon graduating with a bachelor’s in business administration from Siena College.

Nitin joined Natus in 2012 as R&D Director in the Neuro SBU. Mr. Shali brings over 10 years of Medical Device design and development experience and over 20 years of Research & Development experience to the organization. Having most recently held the role of Senior Director, R&D, Mr. Shali has since 2012 served in various senior leadership roles within Engineering and R&D. Prior to Natus, Mr. Shali previously held various design and development roles with Research in Motion (Blackberry) from 2001 to 2012 and Nortel Networks from 1998 to 2001. Mr. Shali holds a Bachelor of Engineering in Electrical Engineering and Master of Engineering in RF Engineering from Technical University of Nova Scotia, Canada. 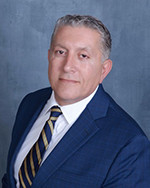 Monther Abushaban joined Natus in 2017. Mr. Abushaban has more than 25 years of experience in the medical device industry in both Quality Assurance and Regulatory Affairs. He has worked with a wide range of medical device technologies such as complex electromechanical systems, laser, 3D imaging, and smart mobile applications. His product experience includes life supporting and sustaining devices, sterile devices, implantable devices, and consumables. He has successfully managed numerous FDA inspections and other regulatory body audits.

Mr. Abushaban most recently served as to Sr. Director of Quality Assurance with responsibility for global QA operations across all Natus. Prior to Natus, he held positions of increasing responsibility at Philips Health Care, Cardinal Health, CareFusion, and Covidien. He holds a Bachelor of Engineering in Electrical Engineering degree with an emphasis on control systems. 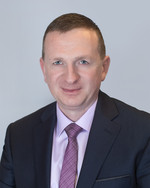 Seán Langan joined Natus in July, 2012. Mr. Langan brings over 17 years of Medical Device experience to the organization. Having most recently held the role of Senior Director of global operations for Natus Mr. Langan has since 2007 served at the company’s Gort Ireland Facility in various senior leadership roles within Global Operations, Site Management and Quality and Regulatory Affairs. During this tenure, Mr. Langan also worked for Medical Device companies Cardinal Health and CareFusion. Prior to Natus Mr. Langan previously held roles with Boston Scientific from August 2006 to October 2007, Merit Medical from June 2004 to August 2006 and Creganna from 2001 to 2004. Mr. Langan holds a Bachelor’s Degree in Manufacturing Engineering from Galway-Mayo Institute of Technology.

This product is not sold in the %region_name% region that was selected.
For more information, please contact us

<p>To see content for your specific region, please select the relevant region below. Not all the products and services may be available in your country or region.</p>

This video is not available due to your current selection of cookie consent. Update your preferences here.