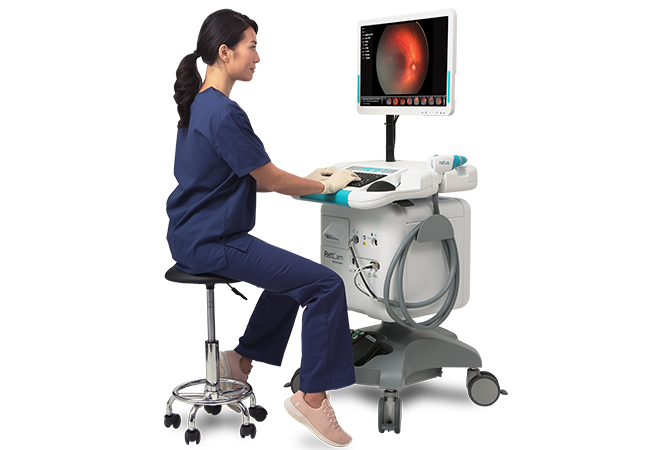 Premature birth carries many risks. In addition to cardiac, respiratory and gastrointestinal problems, infants who are born prematurely (before 31 weeks gestation) can begin to develop a pediatric retinal disease known as Retinopathy of Prematurity (ROP)1. If left untreated, ROP can result in the retina becoming completely detached. A detached retina requires a vitreoretinal surgery to fix, but early detection and intervention may lead to reduction in long-term visual loss or complete blindness in the affected eye(s).

ROP is a retinal abnormality that is characterized by abnormal blood vessels that grow and spread throughout the retina. These blood vessels are weaker than normal, which means that they can leak — scarring the retina and pulling it out of position. The result is a retinal detachment (image 1). 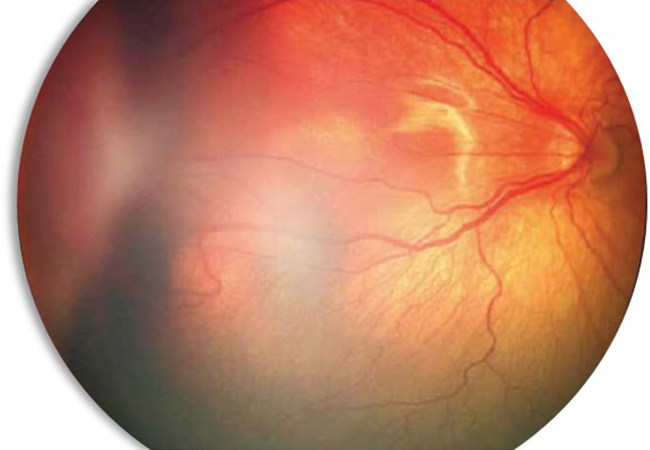 Premature infants are at an increased risk for ROP because their retinal blood vessels do not have time to fully develop during gestation. Because of this and as the preterm infant is now developing outside the womb, there is a chance for abnormal development to occur. The majority of infants who develop ROP are born prematurely and have unstable clinical challenges making it difficult to identify specific risk factors. Proposed risk factors include oxygen administration, intraventricular hemorrhage, sepsis, acidosis, hypotension, pneumothorax, blood transfusions, bronchopulmonary dysplasia, anemia, xanthine administration, apnea and hyper/hypocarbia. All of these factors contribute to the abnormal conditions under which the eye is developing.2

ROP progression is described in five distinct stages, with stage zero indicating no development of ROP and stage five indicating ROP development in which abnormal retinal vessels have led to a total retinal detachment. In addition, ROP can take place within three ocular zones. Zone one is the most serious zones for the presence of ROP, as it’s the heart of the retina and it includes the optic nerve and the macula. Zones two and three through the peripheral retina are where the presence of ROP can be less serious3.

In stage 1, the presence of a line known as the line of demarcation can be seen, separating retinal regions that are and are not supplied with blood vessels (vascular and avascular retina).

In stage 2, the demarcation line will thicken as tissue builds up in a ridge, which has width and height, creating what is known as a fibrovascular ridge. 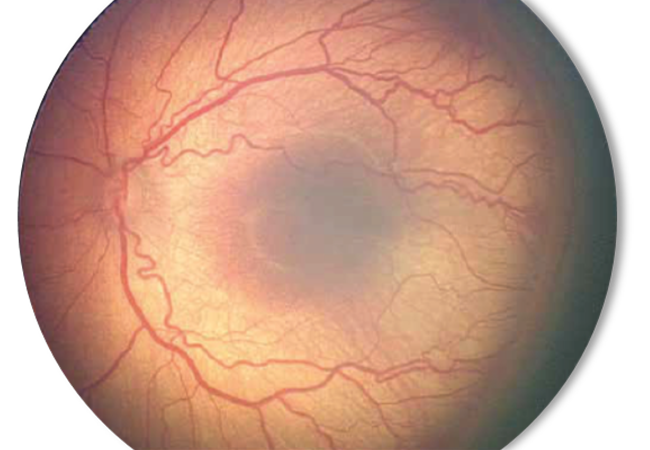 In stage 3, the fibrovascular ridge (Image 2) increases in dimension, and new, abnormal blood vessels extend internally toward the vitreous humor that fills the large rear cavity of the eye between the retina and the lens or on and along the retinal surface.

In stage 4, the growth of abnormal blood vessels will be such that they start pulling retinal layers away. This may be recorded by an Ophthalmologists as a partial retinal detachment and may potentially result in loss of vision. 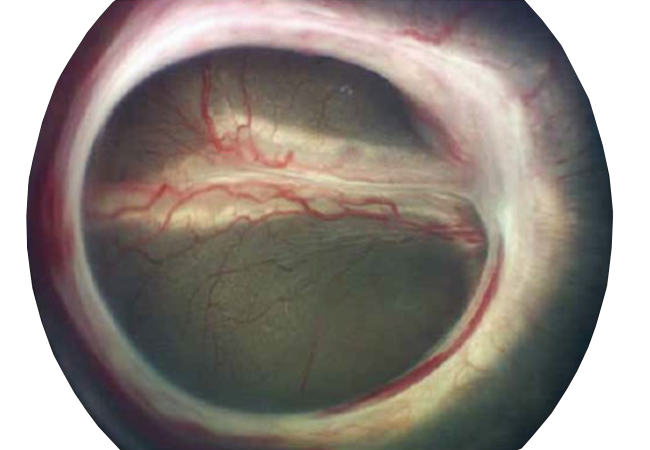 Finally, in stage 5, a total retinal detachment (image 3) is observed. At this point, the back layer of the eye is fully detached from its source of oxygen, which can result in blindness.

Occasionally, exudates form along the retinal vessels with engorgement and tortuosity of the posterior pole vessels. This inflammation may resolve without intervention. However, it frequently leads to vessel contraction and scar formation, which leads to macular displacement. Plus disease may be characterized by such arterial tortuosity and venous dilation in the posterior pole. Multicenter clinical trials have explicitly required ≥2 quadrants of this degree of vascular change to diagnose presence of plus disease.4 The sequence associated with plus disease almost always precedes partial or complete retinal detachment5.

Early detection of disease progress is essential and there are several non-surgical treatments for ROP. In Stage 1 and 2, the infant may improve without treatment — but continued observation to see if the condition worsens is crucial. During later stages, two therapies are indicated for treating ROP: the first takes the form of intravitreal anti-VEGF injections, which block the growth of abnormal blood cells and the second is a laser treatment that is designed to destroy the retina and prevent abnormal blood vessel growth6.

What complications occur in infants with ROP?

Approximately 90% of infants who develop ROP will not require treatment7.  However, approximately 10% will remain at high risk for eye problems such as myopia, strabismus or lazy eye — conditions which are usually treatable or correctable. Decreased visual acuity, macular ectopia, nystagmus, retinal breaks, cataract, microcornea and angle-closure glaucoma may also lead to decreased visual acuity. Infants with stage 4 or 5 are at risk of retinal detachment.

As such, the value of diagnosing and monitoring ROP as early as possible cannot be overstated.

When to screen neonates for ROP?

Two categories of infant fall under the highest risk for ROP and must be screened: those with a birth weight of 1500 grams or less, or those born at less than 31 weeks gestational age. In addition, infants with weight up to 2000 grams or an age of over 30 weeks may be screened if they are believed by their attending pediatrician or neonatologist to be at risk for ROP, such as:

How to screen neonates for ROP? 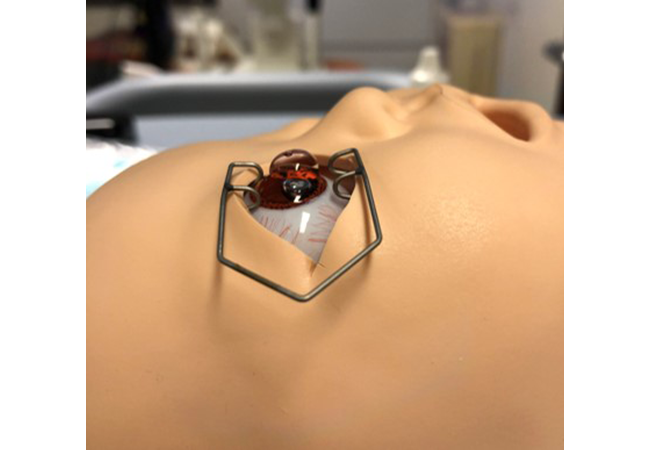 In many institutions, the default screening technique for ROP involves binocular indirect ophthalmoscopy (BIO), which is performed by an Ophthalmologist. Pupil dilation is used to improve the field of view, a lid speculum (image 4) is used to keep the infant’s eye from involuntarily closing and scleral depression is used to examine the retina in profile when necessary9.

Physicians should exercise best judgement when administrating dilating drops. Sufficient dosage should be used to allow examination of the fundi, but multiple drops can have adverse effects on an infant’s cardiovascular and/or gastrointestinal system. If an infant’s pupils fail to dilate under an adequate dosage, it may be a symptom of advanced ROP.10

Lastly, ROP usually occurs in both eyes and can progress unequally in either eye. Therefore, multiple screenings are usually required to ensure that both retinas are fully vascularized in both eyes. 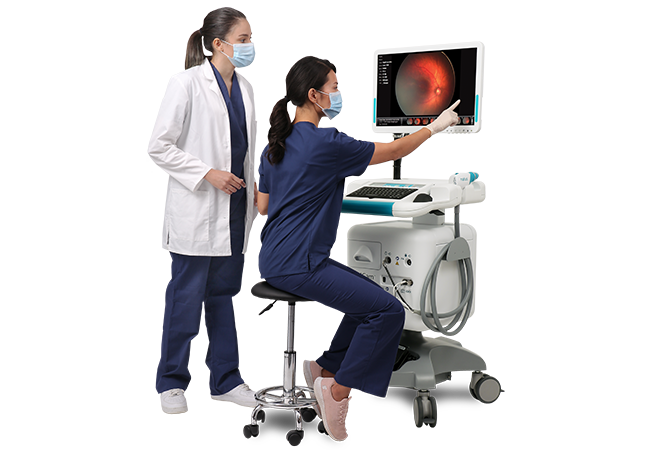 Ultra-wide field digital imaging (UWFI) has been shown to have many benefits in the ROP screening process: namely a 130-degree wide field view of the retina, and the advantage of utilizing a telemedicine approach.

UWFI imaging can be performed by any healthcare professional trained in this technique – reducing the need for an Ophthalmologist to visit the NICU to review infants directly.

With a full 130-degree field of view of the retina and patent pending Light Shaping Technology — compared to 30 degrees for Binocular Indirect Ophthalmoscopy (image 5) — the RetCam Envision™ from Natus can produce highly accurate and objective diagnostic images with intuitive and seamless workflow for staff and potentially less stress for the infant. Not only does this allow Ophthalmologists to diagnose ROP, but it also provides a teaching tool for other healthcare professionals as well as an educational asset for parents and guardians.

RetCam Envision is a perfect example of advanced technology meets practical application. It is easy to use and integrate into any NICU environment and gives NICU staff control over the screening process and the ability to schedule exams based on their knowledge of the patient’s status. 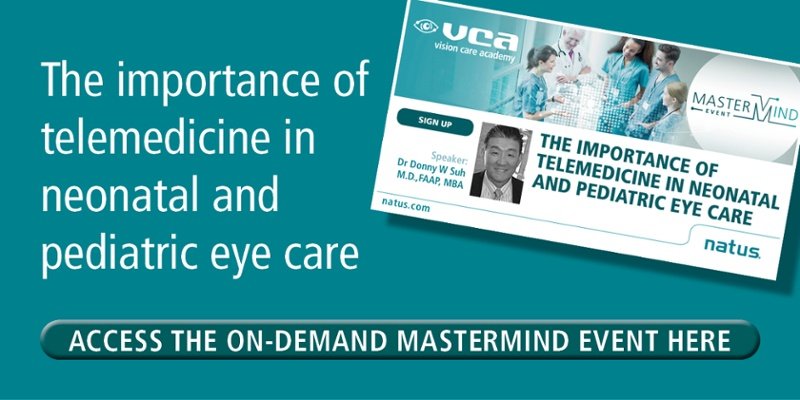 This product is not sold in the %region_name% region that was selected.
For more information, please contact us

<p>To see content for your specific region, please select the relevant region below. Not all the products and services may be available in your country or region.</p>

This video is not available due to your current selection of cookie consent. Update your preferences here.